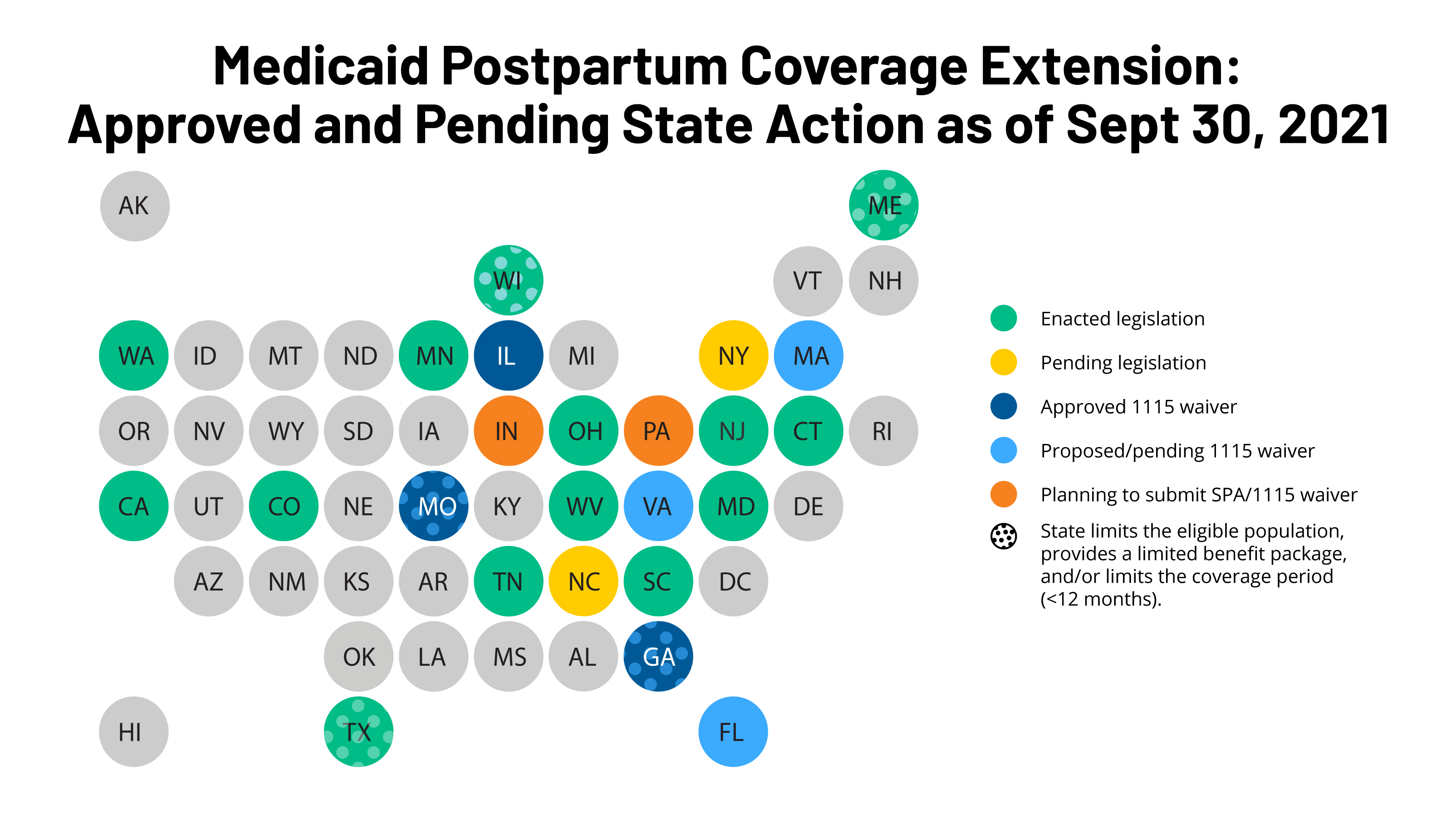 Medicaid is a key source of coverage for low-income pregnant women in the United States, covering more than four in ten births nationwide, but many people who qualify for Medicaid because they are pregnant lose this coverage 60 days after giving birth, especially if they live in a condition that has not extended Medicaid. In recent years, federal and state policymakers have shown increasing interest in extending Medicaid postpartum coverage beyond the 60 day mark to help address racial disparities and improve health outcomes. maternal and child health. Earlier this year, federal legislation was enacted that gives states a temporary option to extend postpartum coverage beyond 60 days, and Congress is currently considering additional legislation to require such extended coverage.

Federal law requires all states to cover pregnant women with incomes of at least 138% of the Federal Poverty Line (FPL), although many states have set higher income eligibility levels and must extend coverage for 60 days after childbirth. Some people lose this coverage after the postpartum period because they have no path to eligibility even if they have incomes below the federal poverty line. After the 60-day postpartum period, in states that have passed the Medicaid expansion of the Affordable Care Act (ACA), people with incomes below 138% FPL have a continued path to Medicaid coverage and those having higher incomes can benefit from subsidized coverage through the ACA market plans; However, people living in states without expansion may no longer be insured because Medicaid eligibility levels for parents are much lower than for pregnant people. For example, in Alabama, which has not requested an extension of postpartum coverage, the Medicaid eligibility level for parents is 18% FPL, or about $ 4,000 / year for a family of three.

Federal American Rescue Plan Act (ARPA) promulgated in March 2021 gives states the option extend postpartum coverage to pregnant women for a full year. The coverage option is available for five years starting April 1, 2022, and states must provide a full range of benefits without limitation of coverage during the extension. Prior to the enactment of ARPA, states had to seek authorization from the Centers for Medicare and Medicaid Services (CMS) requesting a Section 1115 waiver to extend the postpartum period beyond 60 days, although ‘None of these requests were approved until April 2021. Although the new option under ARPA will not take effect until April 2022, postpartum coverage has been continuous since the onset of the coronavirus because Medicaid deregistration was suspended during the public health emergency.

Largely in response to the new federal option, at least 25 states have took action to expand Medicaid postpartum coverage. To date, most of them are expanding states, but actions in non-expanding states will provide continued coverage beyond the current postpartum period. Prior to the enactment of ARPA, California and Texas had implemented limited, state-funded postpartum coverage and a few states had submitted CMS waivers to extend postpartum coverage through Medicaid, although , in some cases, targeted to small groups, such as those with a substance abuse disorder diagnosed or less than 12 months old. States often seek approval for a demonstration exemption to do something they cannot do under current law. A few states are still looking to implement waivers before April 2022 or extend postpartum coverage to a more limited extent than the new ARPA option.

Recent steps the state has taken to extend postpartum coverage to 12 months include:

Although recent federal action has prompted many states to consider expanding postpartum coverage, some states will still not have a route of coverage beyond the current 60-day postpartum period, and the Congress is currently considering proposals to require such coverage. The uneven adoption of the ARPA option means that postpartum people in many states are at risk of losing Medicaid coverage just two months after giving birth. Postpartum people with household incomes below the poverty line in non-expanding states often have no other coverage option and become uninsured when they lose Medicaid coverage. Currently, Congress is considering a disposition in the Build Back Better Act that would require all states to extend Medicaid postpartum coverage from 60 days to 12 months, ensuring continuity of Medicaid coverage for postpartum people in all states to further reduce disparities and improve maternal and child health outcomes. However, there is pressure to reduce the overall amount of spending in the package, and extending postpartum coverage may be forced to compete with other priorities.